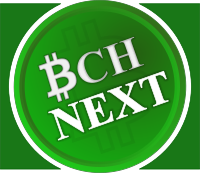 NextChain is a testnet for BCH innovation. It is for experimentation with novel features that are or could become candidates for inclusion into Bitcoin Cash.

Features on this testnet exist in various states of maturity. Although we encourage readers to read about all the ideas in NextChain, and contribute to their development, the following features are the best current candidates for BCH adoption, based on their maturity and BCH culture:

Look to http://explorer.nextchain.cash to browse the blockchain.